This album was recorded over an 18 month period at Entwistle's own Hammerhead Studios in England, during the mid 80's. As John's liner notes describe, the LP was finished and the record deal nearly sealed, only to be thwarted by the FBI's seizure of the record company.

A modified lineup of the band went out in 1988 on a seven week tour of the US (band #2), but failed to get them a new record deal. Over a year later, the original label was back in business, but by then, The Rock had broken up.

So far, after sitting in the vaults for well over ten years, this album has seen 3 release versions from 1996 - 1998! 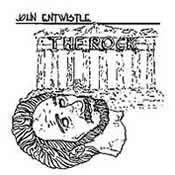 Soon after its private release, the CD was picked up by Griffin Music, and released world wide: 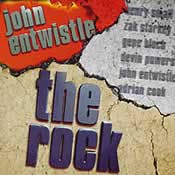 (track listing is the same. Liner notes by Steve Loungo) 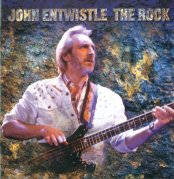 (track listing is the same. Liner notes by Chris Welch)

So Who's The Bass Player: The Ox Anthology

John Entwistle - So Who's The Bass Player: The Ox Anthology
Sanctuary Records (March 22 2005) 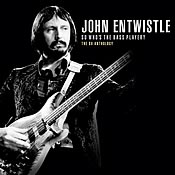 Zak was not a member of any incarnation of The Rock or JEB that toured this material. 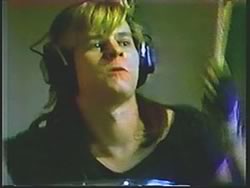 The closest thing to a TV appearance of The Rock with Zak seems to be the John Entwistle "Lifesyles of The Rich and Famous: A Man WHO Collects" segment from the mid 1980's. In it John's massive and numerous collections are featured, and there is footage of "the band" in his studio. The entire segment is only about five minutes long, and the band segment amounts to mere seconds, but does feature some footage of Zak.

|back to recordings with  John Entwistle |

|back to Zak's  Discography Index |